Today’s Felt Fun Friday post was inspired by our recent situation with our dog, Lucy. :-/ It’s not like she doesn’t have a hundred OTHER dog toys from which to choose, but she didn’t have one of THESE yet!

It’s a VERY simple project, so simple that you don’t even need a pattern or anything. Just choose your color(s), cut your pieces, knot, braid and knot. Fringe the edges if you want to get fancy, and you’re DONE! 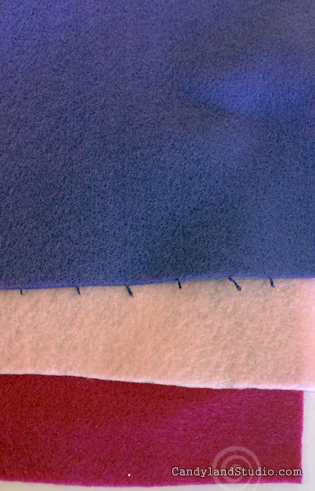 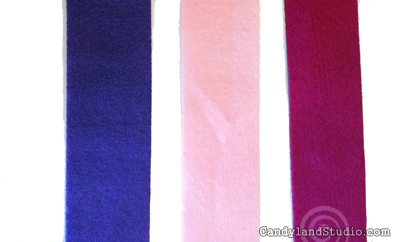 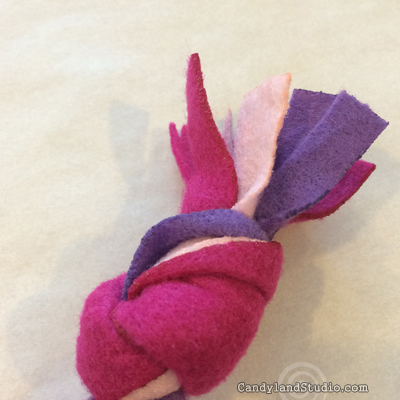 This was a big clunky knot I started before braiding. 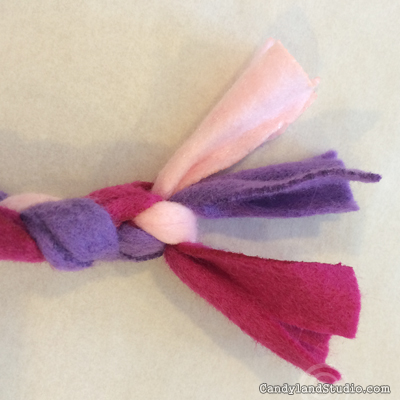 I knotted the other end a bit differently, and decided I preferred this one to the former.

And here’s the finished toy. Lucy is still recovering, but hopefully she will get some use out of it real soon. This is actually the first time I’ve ever seen these made from felt, I more frequently see them made from fleece, or old t-shirts, and you can make them any length you like.

Here’s my first Felt Fun Friday FAILURE!! (At least the first I am sharing, haha!)

Since I cut way more felt strips than I needed for my rope I thought I might try this project I saw on Pinterest, originally from CraftedNiche.com:

Easy enough, right? I’ve got this. Or so I thought…

I stacked my felt strips, then I tied them with 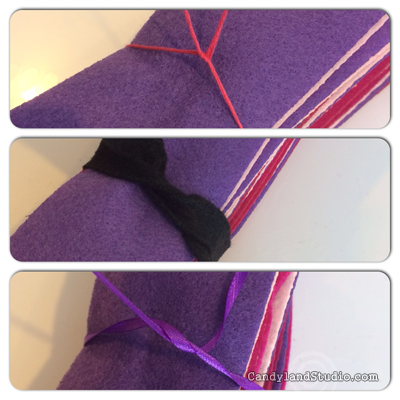 And I tried to fluff the pieces, which resulted in this hot felt mess: 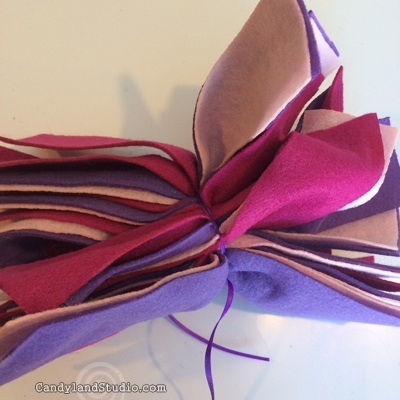 My felt strips were too long and thick. I was too lazy to cut them down and try again, so I scrapped that idea and decided to show you anyway, just to prove that I’m not perfect, not all my projects work out as planned. =) But that’s okay.

I was going through some old photos and decided I had to share some of the nifty projects my very talented husband has completed. Just to give you a little background on the dog house projects, when I met my husband I had three little dogs, Putter, Max & Tiger. They were my babies. 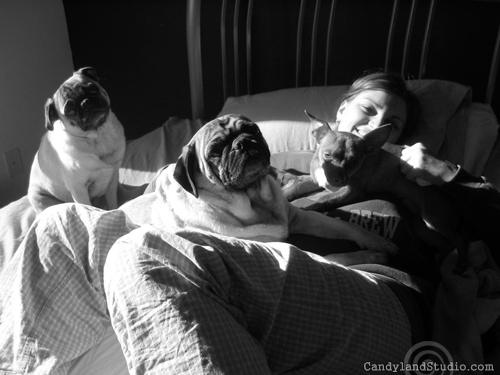 Yep, I was THAT girl…the crazy dog lady. I had photos of them in my office and I let them sleep with me every night. (Until Andy moved in.)

Andy is my knight in shining armor for many reasons, and despite him calling my boys the redheaded step children, their quality of life significantly improved almost as much as mine did when Andy came into the picture.

I was in the midst of moving, and my new house had this nice sized shed that I really had no use for. Andy suggested I turn it into a climate controlled doghouse so I wouldn’t have to worry about the dogs when I was away from home or at work during extreme weather.

He framed up a bed area in one corner of the shed with some two by fours and drywall. 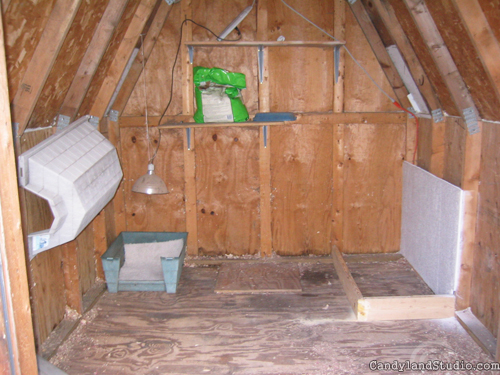 The inside walls of the drywall were covered with spare carpet pieces for additional insulation. 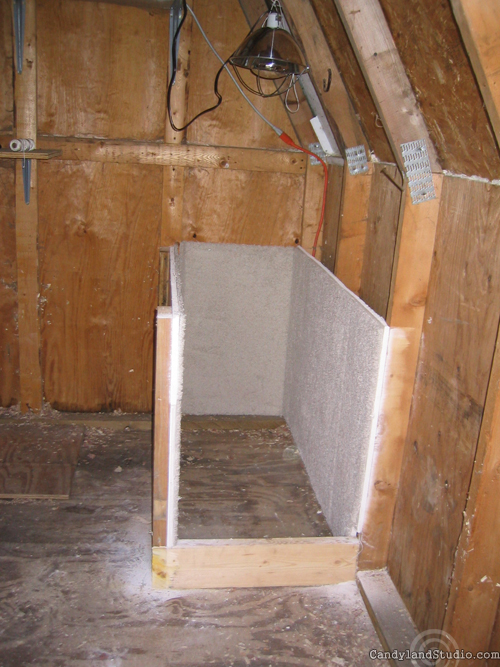 I didn’t get a good shot of the inside when it was complete, but we added blankets and cut a hole in the top large enough to accommodate a hanging heat lamp. Then he cut a little door in the front and left a flap of carpet to keep the heat in. It was a pretty toasty space so Putter liked to lay out front when he got too warm. 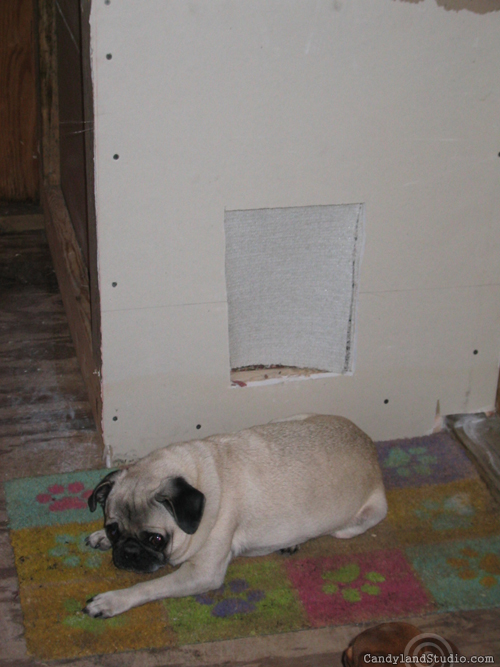 He hung another heat lamp in the other corner, which we called the “warming lounge”. It was a nice place for the dogs to lay if they didn’t want to be inside the “master bed”. 🙂 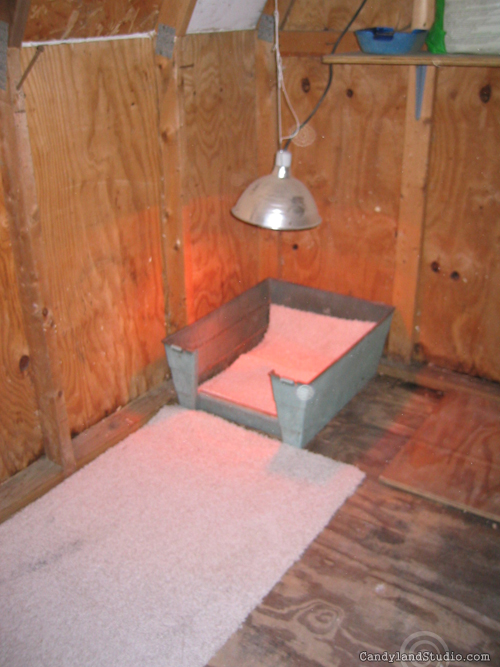 Andy also made a self-feeder for the boys using a standard plastic tote, a few screws, and an extra piece of plywood. It was awesome. I could pour in a whole bag of dog food and it would refill itself at the bottom as the boys ate. 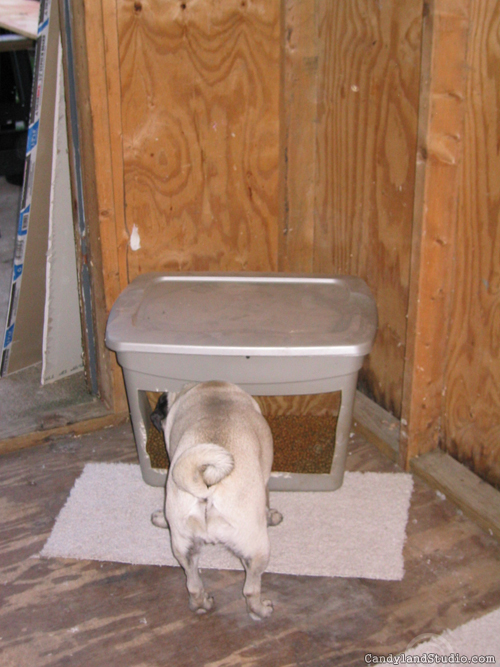 The front of the shed had a regular doggie door in the corner so they could roam the yard as needed, then come back to their personal puppy palace. This photo doesn’t show it, but Andy even added a radio (in case they wanted to listen to music, he said) and a window air conditioner unit for the summer months. 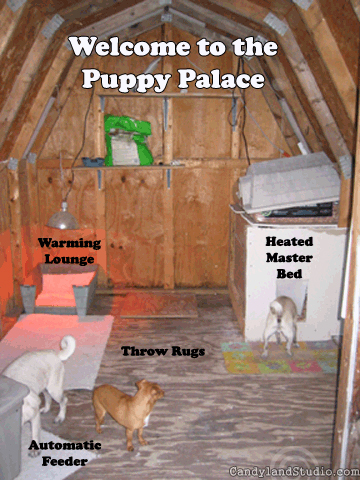 Pretty sweet pad, wouldn’t you say? Especially considering Andy swears he didn’t really like my dogs; he did all this work so they didn’t have to be in the house with us, he says. Maybe he was trying to impress me. (If so, it worked!)

When we got married and moved to the next house they got a new heated house, but with a lot less frills. 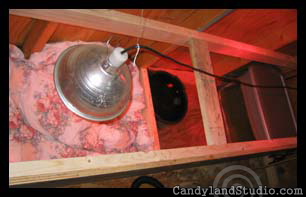 This time they were contained in just one small area of the shed since we needed the rest of it. (Hmmm, or was it because he was worried about impressing me less since he already put a ring on it?!) Either way, it worked just as well. 🙂 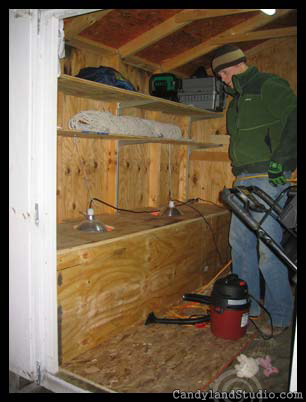